Declaration for Gender Equity in Sports

steering committeeThe statement of Mr. Yoshiro Mori, the chairman of the Tokyo Organizing Committee for the Olympic and Paralympic Games (hereafter referred to as the ‘Organizing Committee’), has attracted a great deal of public attention. He apologized for his words and withdrew his statement. Subsequently, the Organizing Committee announced its further commitment to working towards “reaffirming its vision” and “creating a legacy in the society after the Games.”

As is well known, acceptance and respect of diversity (the differences in the characteristics of individuals including gender, age, background, education, race, nationality, class, religion, values and lifestyle) is now a concern for the international community, as it is considered to be a fundamental to be implemented in an inclusive society for peace. Japanese Physical Education and Sport has also been entrusted with confronting this great hurdle, thanks to the establishment of the Strategy For Sporting Nation at the beginning of the 21st Century. For this reason, the Basic Act on Sport declares that ” living life happily and fruitfully through sport is the right of all citizens,” aiming to achieve the “establishment of a new sports culture”.

The forty-six academic societies that are members of the Japan Academic Alliance for Sport, Physical Education, and Health Sciences (hereafter referred to as ‘Academic Association’) have been collecting evidence that contributes to constructing a physical education and sport world free of violence and harassment. Academic Association has also been conducting research to make academic contributions towards achieving gender equality as well as to build a physical education and sports world without discrimination and exclusion. Furthermore, the association is actively working to improve its administrative aspects to promote gender equality, for instance by reforming the election system and establishing a specific committee. These efforts aim to ensure diversity in the decision-making bodies of each of the forty-six academic societies. One example of this is the Japan Society of Physical Education, Health and Sport sciences, a core member of our association, wherein about 43% of the board members are now women thanks to continuous and proactive reforming actions.

While such actions have made a certain positive impact on society, violence and harassment issues, gender inequality, and discrimination and exclusion issues are yet to be eradicated. It is also true that there are still hurdles related to gender and other related issues in the world of physical education and sports that we need to address. Mr. Mori’s statement reminded us of the depth and seriousness of the problems that we are currently facing.

Academic associations involved in physical education and the sports world have the mission to advance and disseminate physical education, health and sports sciences to achieve fairness and equality in society, wherein members trust and respect each other and are open to diversity. Based on this philosophy, we reaffirm our responsibility to continue our academic contributions to the establishment of a physical education and sports world that achieves gender equality and is free from discrimination and exclusion, and to promote academic activities that contribute to the efforts of sports organizations and their members .

Declaration for Gender Equity in Sports.pdf 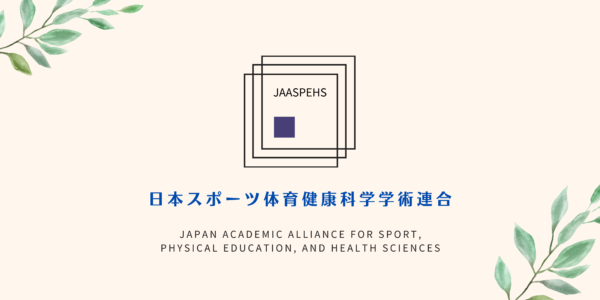